Bansko is a small town located at the foot of the Pirin Mountains in Bulgaria. Approximately 3 hours flying time from the UK with an exchange rate that doubles your sterling, there is no surprise that it is one of the most popular snow resorts for Brits and Europeans alike. 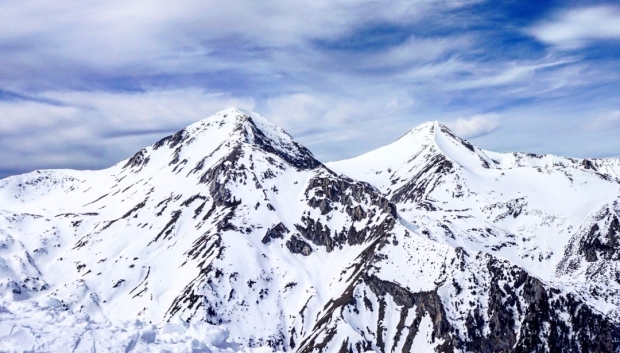 The scenery is breathtaking, the photo above was taken at 2535m. It was such a refreshing experience for somebody who had never been on a snow sport holiday before. My hobby is photography. I am an amateur and I was in my element.

The purpose of our trip was to snowboard. I was a complete beginner, my partner more confident and experienced. He suggested Bankso as a resort because he had visited previously. I was not disappointed.

Bankso is a small town. Primary tourism is drawn from skiers and snowboarders. The season runs from December to April.

Compared to the size of other resorts for this purpose, Bansko would be considered small. As a former travel agent, I know that this is a resort only now coming into its own. It’s a cheap break and somewhere that many Europeans can hop over to for a long weekend. From the UK, in low season, you could probably get a packaged under £400pp.
With flights, B&B in a spa hotel, coach transfers and equipment hire, we paid around £700pp for March with our tour operator.

Our visit was coming into the end of the season. The snow was good, the runs were groomed and despite being a Bulgarian National holiday, it was not too busy. I would image peak times would cause issue however, as there is only one main gondola from the base of the mountain. On any given morning, when the gondola was open at 8am, the queue stretched across the base for both the gondola and ski bus. Personally, although the gondola is a unique experience with amazing views, I preferred the ski bus route. the queue was much shorter and the trip actually faster.

There were plenty of ski/snowboard instructors floating around the mountain. Many schools underway during the mornings. I would recommend sourcing individual/private tuition if you can afford to. I paid 70BGN for 1 hour in which I learned a lot! I found snowboarding is harder than it looks and spent much of time on the beginners slope practicing.

My partner tried many of the runs, which he enjoyed very much. The blues can be a bit treacherous as they are home to many newbies finding their feet, he advises that once you get past the 180 Bar and take another gondola, the other blues and reds are great. There is a ski park which comprises of jumps, rails and boxes for those who are more adventurous.

The 180 Bar is a popular pit-stop, which..this time I did not make!

There is a ski road that runs just over 10km long, popular with beginners for the ease and the beautiful scenery. It start around 1600m and finishes back at the base, just in time for a beer in the Happy End!

A typical holiday resort set-up, the new town is busy with tourist based restaurants, ski shops and souvenir shops. The main strip is busy and the streets are lined with vendors pressing for your business. I found the menus slightly overpriced and the food not so good..however, head into the old town and the experience becomes more authentic. We frequented many of the old town restaurants and cafés, experienced friendlier service, better quality food and a much more relaxed atmosphere.

Other than being on the slopes, there are limited activities in the resort. There is an ice skating rink and trips available to hot springs, the old town is quite picturesque and has beautiful views of the mountains. It’s a good place to explore and take some down time in a local café. Shopping is limited, there are an abundance of stores offering ski/snowboard equipment and rental services. Many shops sell local souvenirs and antiques, however they are very much the same.

The aprés-ski is where it’s at!

There are bars all over the place. The infamous ‘Happy End’ is at the base of the mountain, close to the gondola, it is a popular jaunt for gathering after your days on the slopes. With live music, podium dancers and ‘happy hour’ beers, it’s the place to be for a wind down.

Another popular bar is Amigos. They have live music nightly, often featuring their popular gimmick act ‘Whisky Time’. The band, which features the main man ‘Whisky Time’, stop playing when the talented alcoholic musician runs out of whisky in his glass. They play classic rock covers, getting us Brits up on our feet whilst sinking our pennies into BOGOFs! We had some pretty fun evenings in there and would recommend for a great night.

You’ll find Bansko a magnet for hen/stag parties. unfortunately, mostly Brits giving Brits a bad name. Regardless, they can be entertainment in themselves as I witnessed one night a scantily clad male singing Oasis songs into a lampshade..

Bansko turned out to be a great holiday and a pretty good place for me, as a beginner, to learn how to snowboard.

Some websites that helped immensely before we travelled: 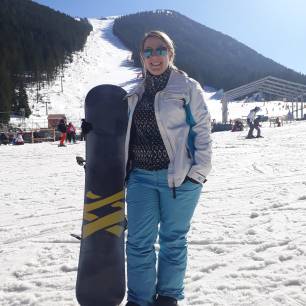 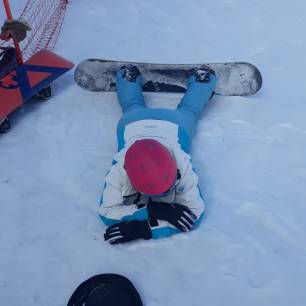 View all posts by Stacey Barbet

This site uses Akismet to reduce spam. Learn how your comment data is processed.